On September 15, the grand opening of the XIII International Exhibition of the Helicopter Industry HeliRussia was held.

Despite the closed borders of the Russian Federation, 12 flags of foreign countries, whose companies participate in HeliRussia, are placed on the stage of the exhibition pavilion. Spectators of the ceremony – participants, heads of relevant departments of line ministries, plenipotentiary ambassadors, visitors and representatives of the press.

Mr. Vladimir Kozhin testimonialzed the participants and guests of the exhibition on behalf of Mr. Vladimir Putin. In his address, the President of the Russian Federation noted that HeliRussia invariably attracts the attention of specialists, experts and the general public, serves as an authoritative platform for strengthening international cooperation, building up mutually beneficial contracts, launching attractive projects.

The 2019 Helicopter Industry Association forum resolution envisioned the training of flight personnel necessary for the further development of the industry. Thanks to a joint project of the Omsk Flight Technical College named after A.V. Lyapidevsky, Federal Air Transport Agency, Russian Helicopter Systems JSC and UTair-Helicopter Services JSC, a group of cadets underwent flight training on Ansat helicopters. As part of the opening ceremony, 5 college graduates received diplomas, handed over in person, by Mr,  Alexey Novgorodov.

The Official Opening Ceremony ended by cutting the ribbon, to the applause of the audience, the Official VIP Tour started.

Photo and video reports about HeliRussia events are available on the sitе and on social media exhibitions Facebook and Instagram.

XIII International Exhibition of the Helicopter Industry HeliRussia is held from 15 to 17 September at IEC “Crocus Expo”. Organiser of the exhibition — Ministry of Industry and Trade of the Russian Federation. Тitle partner — holding «Russian Helicopters». Strategic sponsor — VTB Bank. The event is held on the initiative and with the support of Helicopter Industry Association. 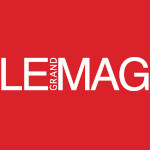